As a powerful episcopal city in the County of Flanders, Tournai naturally became the most popular rallying point for pilgrims travelling from the North towards Vézelay or Tours, on their way south to Santiago de Compostela.

The great era of this pilgrimage route was the 11th to 13th century, when no less than 500,000 pilgrims made the journey every year! Tournai has its own church under the patronage of Saint James. The church was built in the Tournai Gothic style and stands above the remains of a Romanesque sanctuary. It dates from the 13th and 15th centuries.

In 2005, the Belgian association called “Amis de Saint-Jacques” (“Friends of Saint James”) had some brass scallop shells embedded into the pavements between the Pont des Trous and the Chaussée d’Antoing. The shells mark a trail that covers the main sights dedicated to the famous saint. 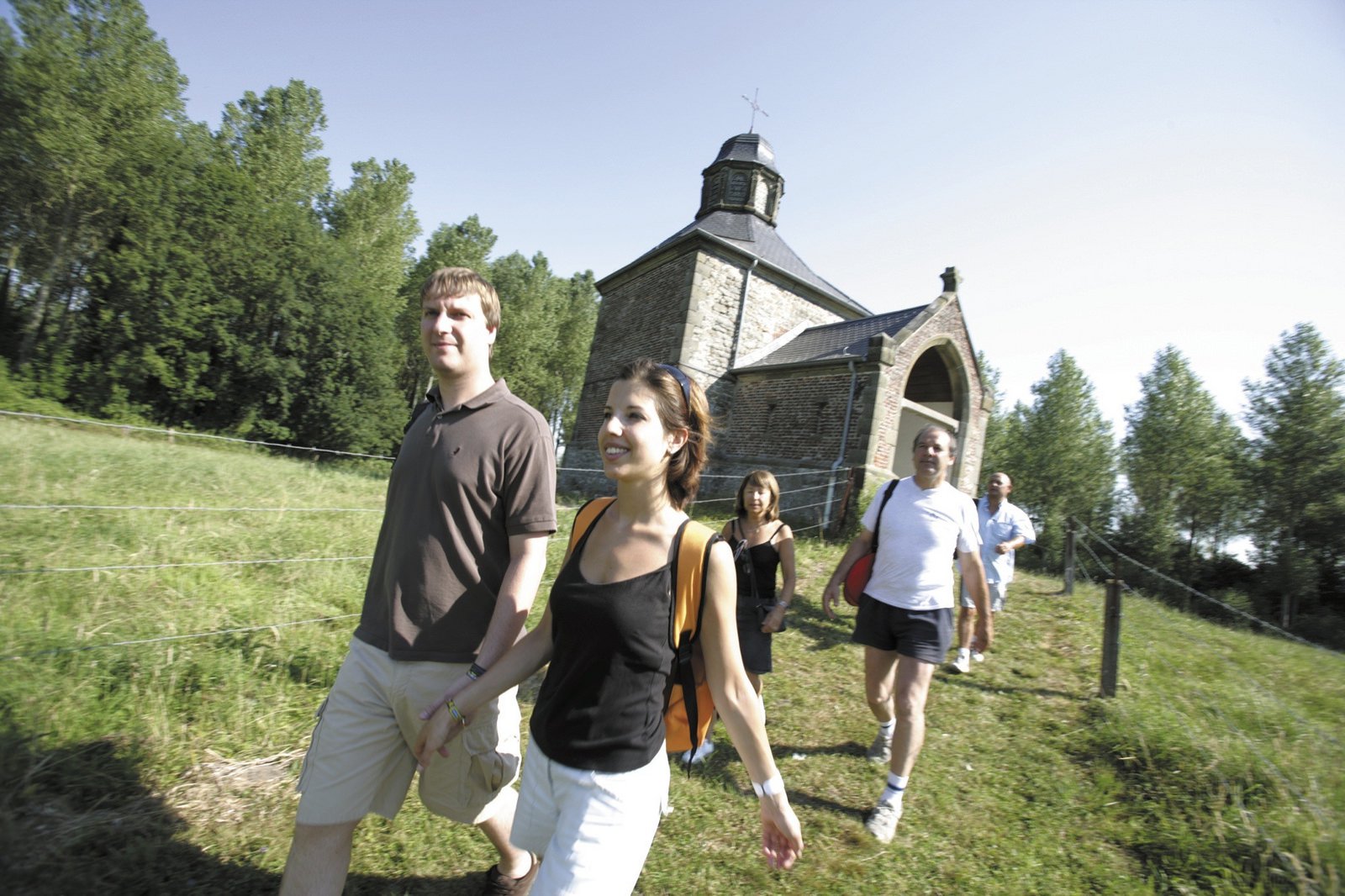